In the last post we talked about what Daddy Issues/ Mommy Issues/ Parent Issues are: a breakdown in your self-esteem caused by a lacking in your relationship with a parent.

We also looked at some tendencies or patterns that show up based on this ‘self-esteem breakdown’ (I’ve added a few since the last post):

Let me reiterate that these tendencies are not ALWAYS or ONLY generated from messed up parent-child relationships; there are a number of causes for these behaviours. There are also varying degrees of these tendencies and that needs to be taken into consideration here as well as you’re looking at how this topic relates to you.

At the end of the last post, you were sent off to do some homework; you were looking at the relationships in your life and how some of these tendencies:

As a natural part of this process, I’m sure you also started to look at your relationships with your parents to see how your current belief system might have been influenced.

In this post we’re going to look at an example and then look at what you can do about it for yourself. Since this topic can be a lot to wrap your head around all at once… 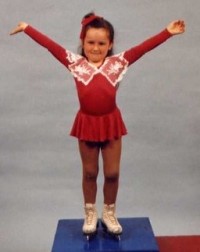 Meet Melissa ~ As a little girl, Melissa loved figure skating. Anytime it was on TV she would watch it mesmerized by the skaters; their spins and tricks and sparkly outfits. She had dreams of being on TV in a sparkly outfit herself one day, and she would play pretend in front of the TV right along with the skaters on the screen for hours. When she was 5 her parents enrolled her in skating lessons and she took to it like a duck takes to water.

After awhile, Melissa started to notice that her dad was always ‘too busy’ to come to her practices. Despite the other dads being there to watch their daughters,  her dad was never at practices and rarely went to her competitions. From her little kid perspective, he didn’t care about skating or her love for it. To top it off, she’d even heard him complaining to her mom about the high cost of her lessons one night after dinner.

Of course the reality of it may have been that he was ‘too busy’ working to keep a roof over the family’s head and actually wishing he could be with her and be involved with her skating; that may have been the truth. But as kids it’s the actions we pay attention to, not so much the words. It’s the actions that match the words that shape our sense of ourselves – our self-esteem, personal value, how we should expect to be treated in life.

For Melissa the reality she saw and believed was that her dad was ‘too busy’ for her.

So here’s this little girl with a dad that’s ‘too busy’ and never comes to practices. What messages do you think Melissa would be receiving as a kid? Probably something like:

How will beliefs like that play out as she grows up and starts having relationships?

Well…. In some way shape or form, she will attempt to heal that belief about herself. She’ll essentially do this by having an internal struggle between two sides of herself:

The way this internal battle will likely play out is:

In the odd situation when the guy she picks does come around and start showing her the love and affection she deserves, she won’t see it or be able to accept it anyway. She can’t accept it or receive it – because the little girl part of herself doesn’t really believe she’s worth it – and she’ll start to come up with other covert and unconscious ways to continue the pattern; she’ll get bored in the relationship or decide he’s turned into a wimp or a pushover or he’s boring or she’s outgrown him or blah blah blah.

This is such an insidious and unconscious cycle that she’ll go around repeating a similar version of this pattern until she finally stops, recognizes that SHE IS the common denominator in all the failed relationships, and that she has the work to heal the internal lacerations, the emotional scarring.

Another person can NEVER heal this stuff for you.

Only you know what and where the scars are, and only you can determine what you need to change in your beliefs about yourself to start and finish the healing process. 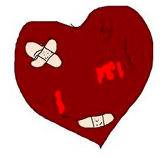 I know this from a first hand experience. I had a lot of emotional scarring from a broken parent-child relationship that constantly played out in my life. I was constantly trying to prove my value as a friend, girlfriend, even an employee for Pete’s sake! It wasn’t until I slowed down and started focusing on me: what was going on, what my truth is, and who I am authentically, that I started to heal.

2) What messages did your little kid brain take from the way they were with you?

(Please be advised the messages you picked up as a kid likely won’t sound rational to an adult mind. Don’t judge it. You just have to be honest about the things your little kid brain started to piece together and believe.)

Combine some or all of those examples together in whatever version they happened in your life, and I’m sure you can see how your little kid learned some untruths about you…

3) Look at how those beliefs are playing out in your adult life, in your relationships.

4) Do the work! That’s all that’s left to do… get in there and deal with your shit. YOU need to be the one to heal those wounds if you want to have lasting and loving relationships in your life, and more importantly, a positive sense of yourself. 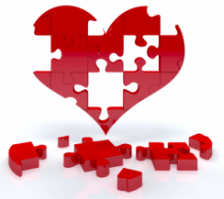 Remember, regardless of what happened, your parents were doing the best they could given the skills they had at the time – as are you I’m sure! They had their own stuff to deal with. As an adult I’m sure you’re clear that sometimes the ‘what happened’ isn’t what gets remembered and the story gets twisted and turned into a completely different experience by yourself and others over time. That will be at play here too.

So again, put down the judgment of yourself and just get honest about what’s going on for you. You’re not a bad person, you didn’t do anything wrong, you just have some patterns that don’t serve you… that’s all 🙂

Where are you seeing patterns that are messing with your happiness?

Where are feeling disempowered in your relationships?

Is any of that related to the stuff we’re talking about here? If so (and in all honesty if you got this far in the post, it likely is) then there’s work for you to do – and only you can do it.

All the relationships in the world won’t fix your little kid’s broken heart… that needs to come from you.

PS – to the control freaks in the crowd… Change is scary. It’s scary because you can’t control the outcome; you can’t see what’s coming and you can’t plan for how it will be. The thing is… if you don’t take the risk of letting go of control and making a change YOU WILL CONTINUE TO REPEAT THIS PATTERN over and over and over in various forms. In order to change, you must let go of the ultimate need for control. Find someone you trust that can help you out with this 🙂

I love hearing from my readers! If this was interesting, helpful, or hit home, feel free to leave a comment below or contact me privately!

Don’t hesitate to forward this to a friend or share on your favourite social media platform or forward to a friend by clicking the buttons below! Share the knowledge!

3 Simple Tips That Can Eliminate The Pain Relationships... some are a joy, and some are… well… not that. However, life without them would be … END_OF_DOCUMENT_TOKEN_TO_BE_REPLACED